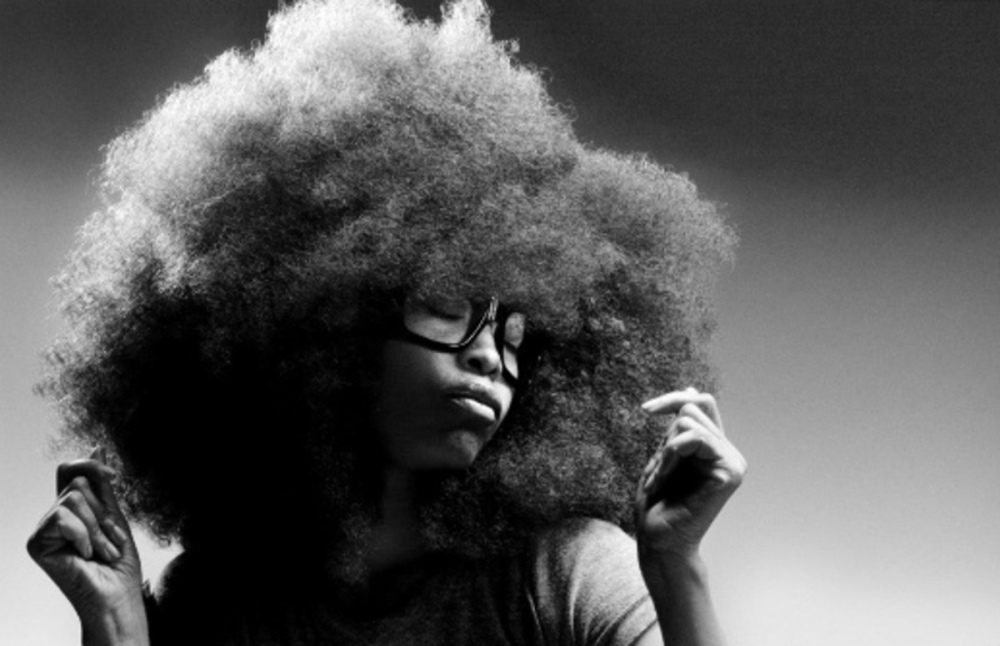 I had a thought about the Erykah Badu “Window Seat” video, and her words at the end:

“they play it safe…/they feel most comfortable in groups…/they are us/this is what we have become/afraid to respect the individual/a single person or event can move one to change/to love herself, to evolve”

This is what we have become:

People who rely on an Instagram meme to inform us of what is going on in the world, instead of reading and searching for knowledge.

People who stand in reverence of, I mean would go to blows and argue to defend, people who simply sing.

People striving for this week’s ideal, based on the saturation of that image in the media, videos, and the fantasies of others.

People spending their every waking moment following the pack. Becoming less of themselves and more like the people around them. As if belonging will somehow help their loneliness and lack of self-worth.

People using God as their excuse for mediocrity. Attributing their own choices to being divinely led into something that is clearly not divine, but just another manifestation of their fear of standing without a crutch.

People who are afraid to take chances, frozen by fear and drinking their own poisonous Kool-Aid.

People who judge the loner… Who criticize the one who steps on the box, wielding his power, and confidently standing in his passion and purpose.

We teach our children these ideas:

That we are too weak to stand alone, in our own beliefs, thoughts, etc. and instead must subscribe to the larger group to have a voice. Allowing our voice to be muffled and eventually silenced.

That we don’t respect courage and confidence unless it comes in a pack of eight or even better the jumbo box of 64.

That it’s okay to make excuses for our bad choices and decisions instead of owning them, and learning from them.

That we are only beautiful if we fit a certain mold, instead of realizing that beauty is not just some measurable aesthetic but a matter of being truly one’s self.

That another human being, because of fame, money, or some other likely imagined trait is worthy of admiration and love we don’t even bestow on ourselves…

We are each unique creations of God, only one of us will ever be made. We owe it to the universe, the sustaining force of life, to live as fully and freely as possible. We are each important. Our ideas and thoughts deserve to be heard individually, not masked from a crowd. We are made in God’s image… He is all that is love, beauty, and the protector of our spirits. You can collect people, thoughts, ideas, and throw them into the pot but our spirits, if celebrated, will rise, not to be contained or detained. Cultivate yours based on the decisions you make and the steps you take and the ability to stand with people in solidarity but to also be confident enough to stand alone. To enjoy and use each moment we are given, instead of rushing through life! This is what we must become!

“I just want a chance to fly!”