“Why Black people always have to be excellent? Why can’t we just be ourselves”

Well… sometimes who you are is just fucking excellent, and Lena Waithe and Melina Matsoukas are that. This movie was black on black, and it spoke on love, brutality on Black bodies, freedom, and protest. It was in so many ways #BlackLivesMatter on film. It was also so much more. I found myself paying attention to things I don’t normally think I would have. It made me feel things I didn’t expect to. Let’s get into it.

This movie moved around melanin.

The cinematography highlighted it. The colors that surrounded it seemed to make it look smoother, richer, and more beautiful. The bodies of the title characters intertwined on the side of the road, was like watching chocolate stirring. The scene at the jazz club, appropriately called The Underground, was a sea of Black skin, darkest mahogany to cafe au lait, moving in syncopation with the heavy blues music. Uncle Earl’s “girls” moved about in lace and natural hair, bodies thick to thin, and skin glistening. It was a huepalooza! Everything seems to move around it. Everything.

What starts as a blind date, ends up as a freedom story. The couple moves from Cleveland to Florida, trying to escape to Cuba and avoid certain death for killing a police officer in self-defense. It’s a typical traffic stop turns fatal, but this time the usual victim turns the gun on the clearly racist cop. Somehow in this struggle they find strength and freedom.

Most importantly, they find themselves. The uptight and loner lawyer is able to heal from her past and embrace sharing her most personal and intimate spaces with her cohort.

“I want a guy to show me myself. I want him to love me so deeply, I’m not afraid to show him how ugly I can be.”

They fall in love as she is healed and he is able to be his true self, telling her about his wants, fears, shortcomings.

“I ain’t going to bend the world. As long as my lady remembers me fondly, that’s all I need.”

To be able to love and be vulnerable is the greatest freedom. It’s a love story sure, but much more a freedom story.

A major big up to Shiona Turini as costume designer. That fur Bokeem Woodbine wore to the funeral was some of the dopest shit I’ve seen in a movie in a long time, fashion wise. And that Dapper Dan jogging suit was major. Way to focus on Black fashion!

Langston (as in Hughes) the Black cop who let them go ; The Underground (as in Railroad) club and the bartender like a Southern Harriet Tubman “you’re safe here” and the reverse fugitive slave narrative (North to South); and Assata Shakur’s escape to Cuba after escaping from prison for her part in a shootout that left a white cop dead.

Being Black in America. After shooting a cop in self-defense, they become the criminals simply because they are Black and the cop was White. They are hunted, labeled armed and dangerous when they don’t even have a weapon, and killed, her by a overzealous female cop and him execution style, holding her lifeless body, unarmed, and clearly not dangerous. We don’t ever hear their names until the end… Angela and Ernest. The news clip is the same victim as criminal shit we heard after pictures of Trayvon Martin putting up the middle finger and Michael Brown possibly robbing a party store were used to lessen the severity of their murders. We are assumed criminals by birthright in America. We are born into the bondage of racism.

I watched Angela Johnson go from a judgey, I’m smarter than you stoic figure dressed in all white with her middle parted braids to a flirty, sexy, fun woman in a short dress, short hair, and open and vulnerable disposition. She was every woman. She was me. She was my sistafriends. She was strong and afraid. She was in control and able and willing to relinquish it. When they both knew their lives were over, she looks to him and says “Can I be your legacy” … the ultimate ride or die. And while most of us aren’t willing to pledge death, we will die for what we believe in. And she believed in Ernest. Black women are all these things. We were represented well.

“He is nothing out there, but in here he’s a King!”

A Queen is indeed her King’s legacy!

Queen & Slim was an excellent film. It was a full circle film, where everything made sense. At one point Ernest attempts to assure Angela telling her that they are safe because the person they encountered was Black, and she remarks “that’s not always a good thing” under her breath. The movie, which rides the music in the film in perfect rhythm, reaches a crescendo and her comment rings true when that Goodie Mob meets Hootie Hoo snitch ass negro feigns helping them to turn them in. Ole sucka MC ass! Sorry… he made me feel a way! A testament to good acting. Did I mention that Bokeem Woodbine was awesome…

These characters, these actors, the fimmakers… they are Black excellence. They don’t have to try, they can’t help it, they just are. 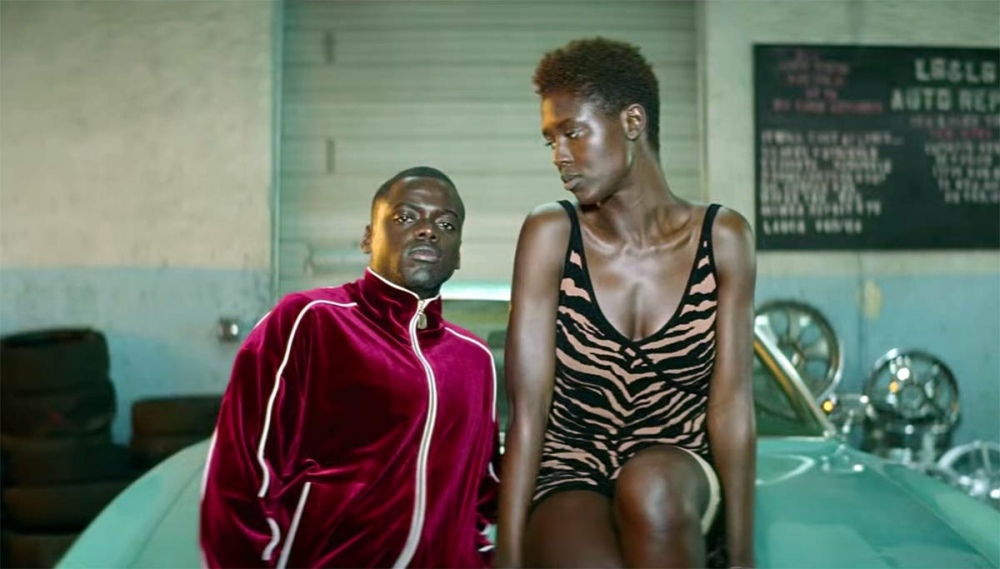