This is Kevin Samuels today… a self-labeled relationship expert and luxury lifestyle guru… and a whole ass clown. A whole one. Red nose and all. 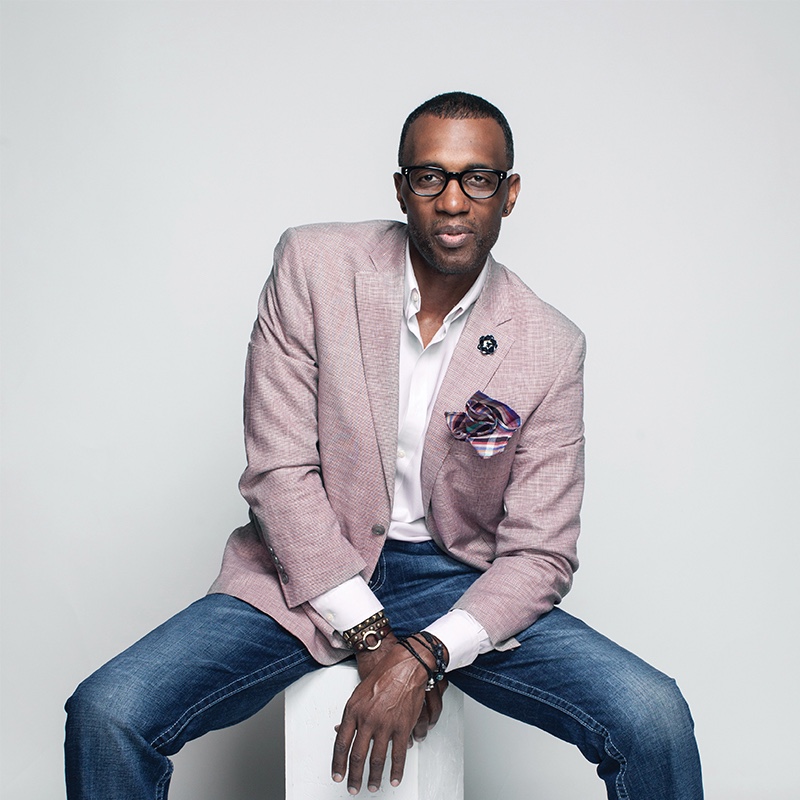 There is nothing cute about him… yesterday or today. Let’s keep this in mind.

I’m sure we have all heard this rant to the woman who called into his podcast saying she wanted a man making six figures because she was a successful woman. He went on to roast her about being old, average looking, with a 13 year old, saying no high earning man… which coincidently makes him above average… wants an average woman and unless she was willing to date an average man, she would “die alone!” I listened and I wanted to fight him in his face for her.

Look… Kevin Samuels has no authority to talk about a woman’s looks or what above average men like… scroll up, look at that picture again. If he can be “honest” with old girl, we can be honest with him. But first let me just say this. Six figures is not billionaire status, be clear. Most of the men and women I know make six figures, and most of the men I know are not clowns either. These men love the gamut of women… because they are different men with different preferences. Some of them like curvy women, others like athletic women, some like em short others tall, some like em a bit younger or a bit older… there is no standard woman in terms of attractiveness or desire.

Furthermore, a woman is entitled to whatever standards she sets for herself, and reserves the right to bend and change those as she moves through the world… but on her own terms. Those preferences we hold closest on to, other than basic character traits, which don’t define someone as an emotional, mental, or spiritual being, but instead define them by their aesthetic or physical shell most likely lead us to miss out on good men or women. But we still have a right to our preference and standards. Men and women. There are very few things a man wants more than a woman, and his money and clothes and home and car are all objects of security meant to attract women. So yes, women, across the board, are attracted to stability and security. That shouldn’t change because of where some clown believes she falls on the looks rating scale. But then too, men who are married tend to be more successful and more wealthy. A man who findeth a woman findeth a good thing says the Lord.

I saw many posts saying there was truth to what he said… mainly by men. Be better than him, please. Don’t co-sign this wack ass, insecure, stupid shit. First of all, rating women on some scale is played out… unless you want to be rated on the length of your penis, the girth of your wallet, and the size of your credit score. Those things alone define a good man just as much as a woman’s looks alone define a good woman. Sure… we should all be attracted to our mate. But what that looks like is different for all of us and not based on some ratings scale from eighth grade. A man who comes into a woman’s life should be ready to provide and protect. A woman should come ready to provide peace and refuge. That doesn’t mean he needs to be a billionaire, but he should be stable. That doesn’t mean she needs to be a supermodel, but she should be her best. Stellar looks are icing on the cake… but the cake can stand alone.

Insecurity is a mofo. It will lead you to break down other people to their lowest common denominator just to make yourself look good… but it’s not long lasting. It doesn’t matter how far you’ll go to dead someone else’s shine to shine brighter, your shit will stay dim. You see only those of us that are good to each other ever truly become stars. This guy is posed up on Instagram and posting YouTube videos like he’s some sort of guru, and no one ever heard of this clown until World Star Hip Hop posted his rant. The same sight that posts NSFW photos of reality stars is what catapulted this fool to internet stardom… and we’ll forget about him soon. But that woman he spoke disrespectfully to will remember being put down and having it broadcast across the net, forever, in the name of honesty. Honesty is not based on opinion.

But my bet is that Kevin Samuels, despite claiming to have to fight young women off with a stick, doesn’t like women. His shtick is too familiar. There is a whole subculture in Atlanta where homosexual men marry and date young, attractive, childless, and connected women so they can rise up the corporate ladder and join Black networks under the guise of being a straight man. The DL. I suspect he is apart of that subculture. He is trying to make a name for himself, not help people. He puts down women and their want to be with stable “high value” men, and then gives men value based on their wallet and penis size. First of all, how does he know what penis size is desirable to women? Second, WHAT MAN asks other men that, that aren’t interested in men? I’ll wait… thought so. Bottom line, he hates women, and I don’t think it is because he dislikes women’s standards. You usually hate, not to be mistaken with dislike or disagreement, what you most want to be. Facts. You don’t get to roast sistas because you want to be a Queen. He’ll never be royal.

A perusal of his YouTube videos shows he thinks late blooming men, which he must see himself as… see 2009 photo above… are the best because they reach their full potential financially and physically in their late 30s and 40s and can finally attract the type of women they want. But be clear, those men were likely taken care of and coddled by hat he considers “average” women prior to their come up… and now are too good to consider those women as mates. I call bullshit. A Hermès belt and a rented Bentley on the weekends does not make you the cream of the crop.

Listen… Kevin Samuels and his particular brand of women hatred, telling women they aren’t young enough, attractive enough, or small enough to get a man who makes six figures or more is a certified crime. Especially coming from a man who is espousing this toxic garbage as a means to make himself look and feel better. You can’t be a whole two trying to tell a whole five she isn’t cute enough. Furthermore, I suspect the inly thing in his closet aren’t Gucci loafers and Tom Ford pants. You are truly telling on yourself beloved.

Update: Grand Opening. I just looked at my wrist. I got time today. It’s May of 2021, and the comments on this post are nothing short of hilarious. First, Black people who love and honor our rich history are descendants of Kings and Queens, and are therefore royalty. Any attempt to discredit that is ignorance… read a book.

Second, my qualifying him as a woman hating possible homosexual is not an attack on his sexuality as much as exposé. Being homosexual is not a bad thing. He very well may be standing straight up, walking in a straight line, or straight outta Compton… but he CLEARLY doesn’t like women. Dude is either upset most women want nothing to do with him and didnt want him in 2009 when he was “low value” or he is insecure about his true identity. Men who are interested in women don’t fight women off with sticks. Men who are interested in women don’t put down women especially about their opinions on another man. Men who love and appreciate women, may have a preference in a partner, but believe the feminine is always beautiful and sacred. They speak to women with tenderness even when they need to school them. He isn’t giving lessons, he’s giving out insults by the pound. That screams insecure, unhappy, and desperate. It also reeks of toxicity, man bags, and male waist trainers.

But moreover, these attempts to insult my writing because you disagree is cowardice bullshit. Feel free to disagree. Your disagreement does not sway my opinion, but if it is respectful then I can engage. I meant what I wrote, and I wrote what I meant. My relationship status does not determine my value, my character does. So all that lonely, single as a dollar bill venom is wack. Men who put down women, hate women. Facts. So you come in these comments calling me names because I gave you my opinion on a man that presents as a horrible person … a man you likely don’t know, it’s clear what your issue is. You feel attacked because you subscribe to this archaic, caveman, superficial garbage, and you are projecting your lonliness and your bitchassness. I hope you carry tampons in your manbag, because you must be bleeding. I cut HANs with metaphors and similes.

Here’s the bottom line. I don’t care what your preferences are, high value, middle value, or low value. I really could care less. But I will always stand up for Black women first, and Black people. I don’t care what color you are, if you speak to brothas and sistas like they are non-valuable because they have reached a certain age, are no longer welterweight, have children, don’t have the proper size wallet or penis… you subscribe to the colonized way of measuring a partners worth… and I might check you on it. I also will call it how I see it. Keep commenting… thanks for reading! Now back to my high value man who loves me and treats me like the Queen I am. Grand Closing.