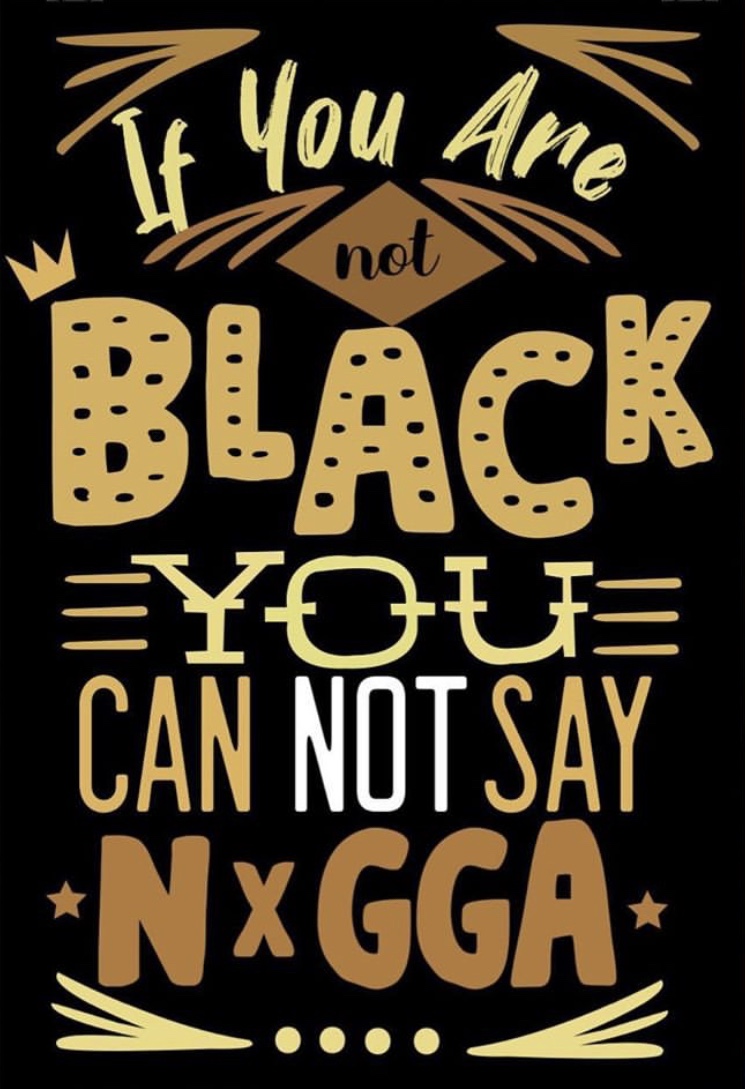 Generally, the word nigga is a colloquial use of the racial slur, nigger, to mean homie or some other urban term of endearment. Some Black people see it as nothing more than a reframing of the word used to denigrate us into something that robs it of its original meaning. Other Black people see it as an extension of the word nigger, same meaning, no different than the urban colloquial use of brotha or sista. But what is mostly true is that all Black people have a problem with anyone who isn’t Black using the term, especially someone White or interested in promoting Black oppression.

So recently Gina Rodriguez posted a video of herself rapping to the Fugees, and managing to misquote ALL the lyrics but the word nigga. Gina is not a White Woman, but she’s definitely known for her All Lives Matter rhetoric. So keep that same energy sis. In the past Gina has shaded and downplayed the compliment that Yara Shahidi was such a powerful role model for ” so many Black women.” To which Gina replied “So many women. Women!” As if the interviewer made a mistake when referencing Black women. Nope. Black women need to see themselves represented in roles such as those Shahidi plays, especially with her natural hair and “for the culture” sensibility. FOH.

Gina similarly noted during a discussion on pay disparity in Hollsood roles that the “intersectionality” present made it a harder discussion as White actresses make the most and Black actresses get paid more than Asian or Latina actresses? Hunh?!?! In what world is this Gina? I’ll wait… ok I won’t. Just GTFOH.

You see, the appropriation of Black culture when it serves you, excites you, and entertains you is not cool, but especially when you are silent or worse a participant in the further and continued oppression of Black people. Gina has a history of being tone deaf regarding Black women. She doesn’t get a pass because she’s Puerto Rican, especially when she clearly uses her position as a woman and a Latina woman to shoot down the fact that Black women have a separate and unique experience from all other women in America. Our history is rooted in disregard, disrespect, and disengagement. When you add to that the experience of the whole Black community and the use of the word nigger to label and stereotype us as ignorant and uncivilized, the use of nigga outside of the culture, no matter its use inside the culture, in unacceptable and offensive.

By culture, I don’t particularly mean race, even though generally they do go hand in hand.

Check it, if Eminem said nigga, I personally might not care. He is fully engaged in and apart of Black hip hop culture. However, his respect and honor for the culture sparks his complete disinterest in the word. It was telling the comments of White people, in particular in the comments. Everything from:

“Why put it in a song if people cannot sing it?”

“Can I even READ the word since it’s in this article?”

If you are not for the culture, you can’t be of the culture. What we do isn’t for other folks. You don’t see us putting tuna in macaroni and cheese and grapes in potato salad, now do you?!? Here’s the thing, we automatically assume that non-Black people are so eager to let the word nigga roll off their tongue in the presence of Black people because they use and are so comfortable using the word nigger when outside of our presence. Go ahead… but be prepared to get dragged… like Gina. On Twitter or on Telegraph, we usually need less than 140 characters to cuss you out royally!

Black people have a unique and colorful culture that is full of references that anyone on the outside might not understand without embracing the culture and educating oneself on our history. But if after all that you still wanna say it, I say… call us Negus (knee-gus) as opposed to nigga (nih-gah) and certainly not nigger (nihg-ger). A negus is a royal, a king, a ruler in the Amharic language in Ethiopia. It references us as the original man, the leaders of civilization, the inventors of math, science, art, the seat, and the table. If you wanna call us something…call us Kings and Queens.

Now how badly you think they wanna say that?!?